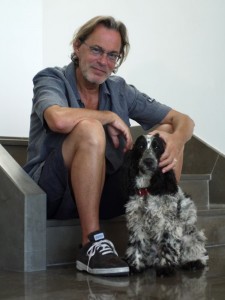 If ever there was a “High Fidelity Hall of Fame”, Herman van den Dungen would be a certified member. Hi-Fi News‘ Ken Kessler called him “… the closest that audio has come to producing its own Keith Richards,” a testament to both his ability and longevity in the field.

His path to such stature was charted when the adolescent Van den Dungen began trying to repair radios, turntables and recorders; picked up momentum when the 25-year old opened his high-end import company; raced to prominence with the creation of Kiseki and Milltek cartridges; and is climbing towards the pinnacle with the release of this own electronic components: first, the AH! CD players and then, PrimaLuna and Mystère lines as well as – again- the Kiseki line.

Herman brings now -2011- more than 35 years of high-end experience to his current audio projects. Throughout his audio career, the Dutch-born distributor and manufacturer has emphasized two key elements: offering an affordable, reliable product that provides the customer with a joyous cost-value surprise and amazing the rare customer in trouble with rapid, effective after-sales service.

Graduating in 1972, Van den Dungen spent seven years as a full-time teacher while at the same time -since 1975- he was running – after hours- Durob Audio BV, one of the very first high-end import companies in the BeNelux. Several years later, he opened five stores where he honored those key, customer-related principles. He also developed a keen ability to sense needs in the market and how best to fill them.

In some case, Herman simply brought an existing product to market. However at other times there was a void, in which case Herman and his team created and/or manufactured the product. Either ways, always guiding the process were those key principles: quality, affordability and reliability. It was those earlier experiences that prepared him first for the AH! Njoe Tjoeb CD player and now, PrimaLuna, Mystère and -as said- again Kiseki.

In the early 2000s, Van den Dungen recognized a growing interest in affordable tube equipment, however the existing gear often faced reliability problems and customers new to hi-fi hesitated to buy. The now 50+ year old entrepreneur wanted to bring those prospective customers into the fold with a product that would also stimulate the European market.

In 2003, he assembled a team to create the PrimaLuna ProLogue line that would fill the need, and in several months they had a high-quality, dependable product. However, to make it affordable it only could be manufactured outside of Europe -in China. Herman investigated and negociated for months before settling on the right manufacturers. Although they require constant supervision, the results have far exceeded expectations. The PrimaLuna and Mystère components have an infinitesimal defect rate of just one half of one percent -unheard of in the industry- which makes it more reliable than solid-gear. In PrimaLuna and Mystère, Van den Dungen has brought to the market the glory of tubes in a high-quality, affordable, and reliable product. Next to that Van den Dungen’s team has developed several innovative designs like the Adaptive Auto Bias circuit, the tube based clock and several add-on protection circuits.

A few years after the introduction of the successful PrimaLuna line, he saw an opportunity for a second range of tube electronics. Based on a complete different design again the maximum sonic results were obtained, this time for a little higher but still affordable price. Parts, finishing and execution of the Mystère designs are just a little level up and that reflects of course in the final price.